FOUR Day Workweeks Are Coming: Is This The REAL Future of Work?

Hey there, it’s Mike Swigunski here and I’m the founder of global career and best-selling author of Global Career: How to Work Anywhere and Travel Forever.

What if you could magically turn your Friday into a Thursday or potentially get rid of Mondays completely? Is that something you’d be interested in? It might be a reality sooner than you think now that companies and even countries are experimenting with a four-day workweek. Now let’s go ahead and dig into why the four-day workweek might be coming to a company near you.

Even Spain is experimenting with implementing this for their country, other companies like Unilever are also experimenting with a four-day workweek. Now I want to talk about what are some of the benefits of having a four-day workweek. I’m sure a lot of you are probably thinking if I’m only going to work four days, there’s no way that my company is going to pay me for a full five days they’re going to have to decrease my salary by 20, but a lot of these initial studies and findings have found that one people can work four days and in the case of Microsoft have a 40 increase in productivity now that’s a win-win for the company and for the individuals working at Microsoft japan they only have to work four days they’re more productive they’re more efficient, they’re happier, they’re going to be sticking along with the company long term and in turn that’s going to make Microsoft a lot more money.

Because they don’t have to hire as frequently, they have a 40 increase in productivity. It’s going to make the employees a lot happier because they only have to go to work. They don’t have to log in four days a week. They’re getting a three-day weekend every weekend, and again this just kind of goes to show that the workforce hasn’t really been disrupted, but how would you consider working a four-day workweek? Most people obviously would if you don’t have to take a pay cut if there’s no other sort of downsides that would say no to a four-day workweek. I definitely agree that there needs to be some sort of experimentation. Maybe it’s going to vary by industry by sort of companies.

See also  How To Get A PERFECT Credit Score For FREE!

They’ll need to have some sort of infrastructure to make sure that it’s as impactful as possible I’m a big supporter of finding the work-life balance I think in the world we spend more time working than we should, especially when it’s just burnt time in an office place or time looking like we’re busy I would say there is a better way to do this in a more productive way that’s going to be a win-win all around. Hence, I’m all for the four-day work week, and I think a lot of companies will realize that they can increase productivity make more money to keep their employees longer and happier over time.

So I’m curious to see what do you think you know do you want to live to work or do you want to work to live? I’m curious to let me know in the comments, and I guess the next and final question is, would you rather have Friday off or Monday off? I’m curious to see what people think about the four-day workweek so make sure you leave a comment below letting me know would you rather work on Fridays or weather work on Mondays. I think I’d personally rather have Fridays off, but I’m curious to see what everyone says. I think both would be nice again if you made it this far. Please consider liking this video if you learned something new, and don’t forget to subscribe and turn on the bell notification icon to get alerted about the two new videos I’m publishing every week. Take care and have a wonderful rest of your day you.

You can apply for the remote life program and get a free resume audit here.

Want to learn more about remote work? Check out our Free 115+ Page Ebook on the Top 100 Remote Companies by clicking right here. 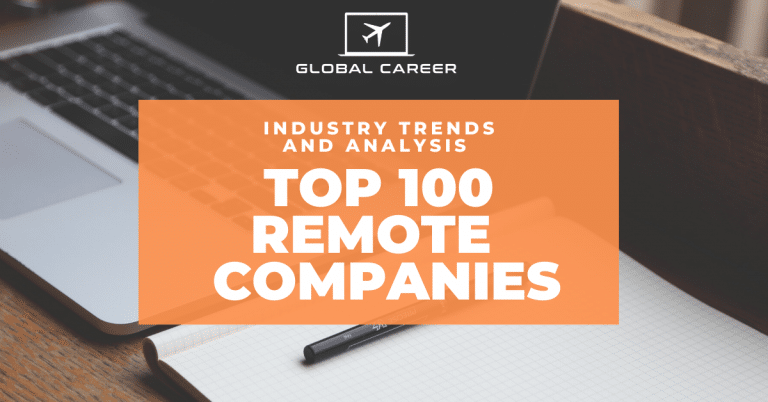